The annual functions of the DeKalb Bama Club include a Bama Bound Party for entering freshmen and transfer students, Alabama/Auburn Golf Shootout, and planned fall and spring events of interest to alumni, friends, and fans. We invite you become member of the Dekalb County Bama Club and welcome your active participation in the annual events of the Chapter that support the rich tradition of excellence at the University. Complete the membership application here:

If you have questions about the DeKalb County Bama Club, Chapter events or want to discuss how you can become a part of the Chapter please contact any of our Officers or Committee members listed below. Your involvement matters!

Congrats to these DeKalb County students heading to Bama!

Scholarships are one of the strongest tools for the University of Alabama, particularly those awarded through the Alumni Scholarship Program and including the DeKalb County Endowed Scholarships.  Our chapter is honored to have 9 endowed scholarships available to DeKalb County students and proud of our commitment to assisting students.  Below is a list and description of these scholarships.

DeKalb County Chapter Endowed was established in 1989 and is awarded to entering freshmen from DeKalb County.  Funds for this endowment were raised through our annual Alabama/Auburn Golf Shootout.

DeKalb County Chapter Endowed #2 was established in 1991 and is awarded to entering freshmen from DeKalb County.  Funds for this endowment were raised through our annual Alabama/Auburn GolfShootout.

Shelton P. Cox Memorial Endowed was endowed in 1996 by his family in memory of Shelton Cox who was a UA graduate.  This scholarship is to be awarded to a Valley Head High School graduate who plans to major in business.

David Beddingfield Endowed was established in 2000 by David Beddingfield who graduated from the University of Alabama and was a member of the football team from 1966 to 1970.  David served as president of the Fort Payne School Board for a number of years and has a strong desire to see that students are able to continue their education beyond high school.  This scholarship is to be awarded to an entering freshman from Fort Payne High School or an active teacher from Fort Payne working on an advanced degree.

Willard Cole Family Endowed was established in 2016 by his three sons (Randall, Charles, and Bobby) all three graduates of the University of Alabama.  This scholarship is to be awarded to an entering freshman or transfer student from DeKalb County.

John and Martha Wear Memorial Endowed was established in 2017 by his son and two daughters (David, Claudia, and Mary Lou) all graduates of the University of Alabama.  This scholarship is to be awarded to an entering freshman from DeKalb County.

Elizabeth Barnes Thomas Memorial Endowed was established in 2017 by her son Robert Thomas.  Mrs. Thomas was a 1936 graduate of the University of Alabama as well as her two sons and two of her grandchildren.  Preference in awarding this scholarship is given to an entering freshman or transfer student from Fort Payne High School.

Eberhart Family Memorial Endowed was established in 2018 by Stephen (Steve) and Brenda Eberhart to honor the memory of Steve’s parents and brother, James F. (Jimmy) Eberhart, Jr., Carolyn Kellett Eberhart, and James “Fred” Eberhart, III. Carolyn Eberhart attended the University of Alabama and both sons, Steve and Fred, are graduates of the University of Alabama. Jimmy and Carolyn Eberhart were firm believers in a quality college education and instilled this belief in their children. The Eberhart family have been lifelong supporters of the University of Alabama and the National Alumni Association with a desire to assist deserving students with the opportunity to obtain a college education. Preference in awarding this scholarship is given to entering freshmen or transfer students graduating from Fort Payne High School with secondary priority given to entering freshmen from any DeKalb County School.

The James P. and Doris H. Carmichael Family Endowed Scholarship  Doris Frances Helms Carmichael was born May 22, 1930, in Sand Rock, Alabama. She graduated from Valley Head High School in 1948 and attended the University of Alabama from 1948 to 1949. After years of dedicated service as an insurance agent, Doris retired from ALFA Insurance Company. She was a member of First Baptist Church in Fort Payne, Alabama; a member of the Valley Head Chapter of Eastern Star; a Councilwoman in the Town of Hammondville Alabama; and past president and member of the Valley Head Women’s Club. She passed away October 23, 2008.

James Pomeroy Carmichael, Jr. was born September 6, 1926, in Valley Head Alabama. He graduated from Valley Head High School in 1944. Jim served his country as a member of the United States Merchant Marine Corp during WWII. He owned a full-service station in Valley Head, Alabama. As a member of First Baptist Church in Fort Payne, Alabama, Jim served his church as a deacon. He served for 47 years on the Board of Directors for the Sand Mountain Electric Cooperative, serving as President of the Board for many of those years. Mr. Carmichael loved Valley Head and was proud to be a part of its civic life.

The Robert Karl Wright Memorial Endowed Scholarship  Robert Karl Wright was born March 29, 1955, to the late Bill and Pauline Wright. Karl graduated from Fort Payne High School where he was an outstanding member of the Wildcat football team. After high school, Karl attended Marion Military Institute where he was a member of the football team and received his bachelor’s degree from Jacksonville State University. Karl owned and operated Soft Touch Hosiery with his wife until his death February 26, 2022.

As a member of the DeKalb County Bama Club, Karl was a support of the chapter’s annual scholarship fundraiser. Karl was also a longtime supporter of John Croyle’s Big Oak Ranch. He was a member of the White Hall United Methodist Church. Karl will always be remembered by his friends for his “off the wall, outer space comments that no one else would have thought of.”

Karl is survived by his wife, Evelyn Casey Wright and son, Derrick Rogers (Rachael), and was PawPaw to Sara and Averi Rogers. The president of a local bank in Fort Payne said of Karl, “I don’t know anyone who didn’t like Karl.” He was a friend to many and an enemy to none.

High school seniors (and transfer students) wishing to apply for any NAA or DeKalb County scholarship must first apply for admission by completing the UA Admission Application at apply.ua.edu (http://apply.ua.edu).  After submitting a completed application, the student may then set up a “myBama” account.  The scholarship application is accessible only through this link.  By completing both applications and submitting all required fees and supporting documents by the specified priority date, a student maximizes the opportunity for scholarship review campus wide.

It is now easier than ever to contribute to DeKalb County scholarships, through the NAA secured online giving site.  This site allows everyone the opportunity to make a tax-deductible contribution.

Find the link “Contribute to an Alumni Chapter Scholarship”.

Scroll to the DeKalb County Chapter (this is the fund name).

Complete and submit the giving information.

You will be able to print a receipt that can be used for tax purposes.

If you prefer, you may write a check to the Alumni Fund, putting the name on the scholarship on the memo line and mail to:

How to Establish/Endow a New Scholarship: 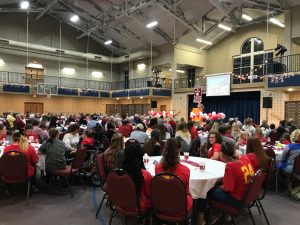 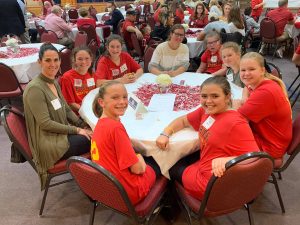 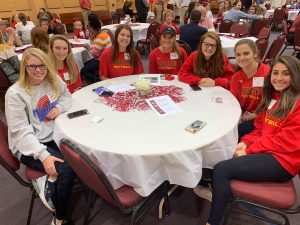 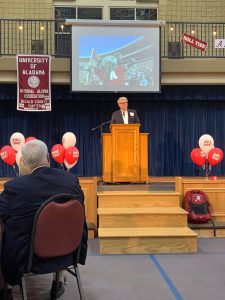 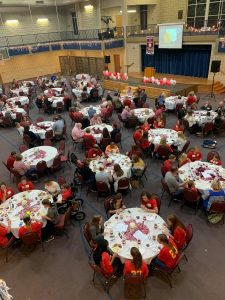 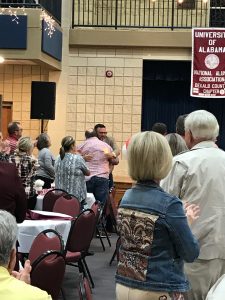 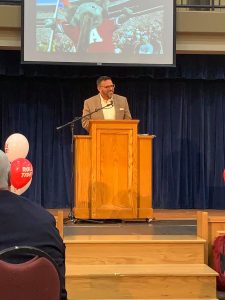 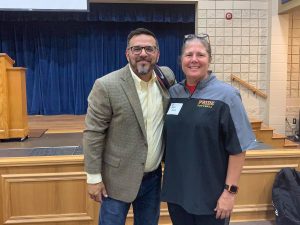 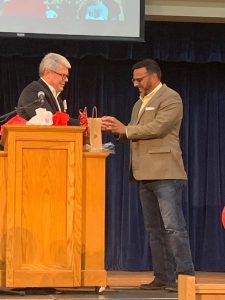 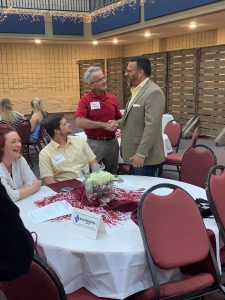 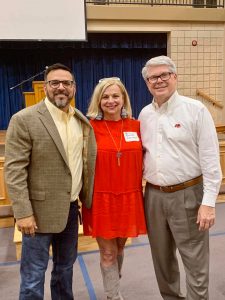 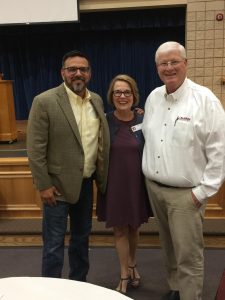 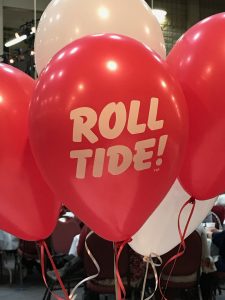 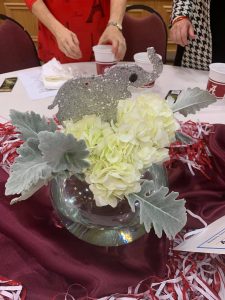 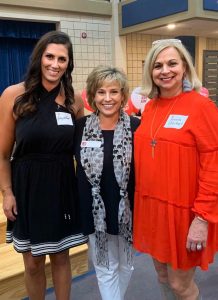 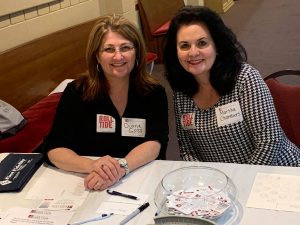 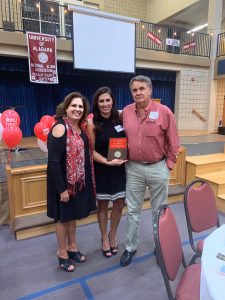 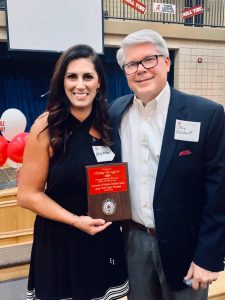