The World, Up Close 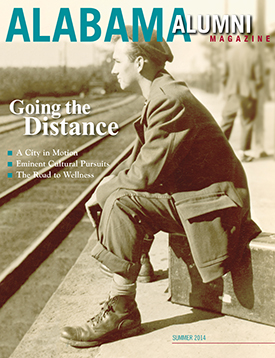 A lifelong scholar treks through countries and across decades, studying society and humanity.

The world seems big from far away, a sprawling expanse dotted with places and cities just out of reach, like a book on the highest shelf. Some people spend their whole lives hoping or trying to see it, to be able to place a finger on a map and recall a story uniquely their own. Some are content to see not much more of this wide Earth than the space they take up. But others roll up the map, tuck it under their arm and carry it along with them, like Dr. Wilton Dillon, whose life’s work as an anthropologist has sent him to more than half a dozen countries, sat him behind one borrowed typewriter, and given him enough stories to fill a stack of books. “Wilton,” a friend once said of him, “is in love with the whole planet.”

“I was happy to face that perception,” Dillon said.

Dillon is currently a senior scholar emeritus with the Smithsonian Institution, where he has worked for more than four decades. At 90, he now lives in Alexandria, Va., and has recorded his reflections on his time with the museum and research complex in a forthcoming book from Transaction Publishers titled Smithsonian Stories: Chronicles of a Golden Age, 1964–1984.

His people were travelers, too. In 1898, his grandparents trekked from Mississippi to his native state of Oklahoma (at that time a territory), bumping through the dust in covered wagons. His first job was at the Holdenville Daily News in Holdenville, Okla., where he wrote a column called “Nosing Around.” “Writing down what people say and watching what they do were excellent preparation for the human sciences,” Dillon said.

It was his interest in journalism that brought him to UA, where he studied Shakespeare under Hudson Strode and was part of a group of undergraduates who aspired to write the “great Southern novel,” often meeting in the Supe Store to discuss plots and characters. “The only one who really ‘made it,’” he said, “was Harper Lee.”

As a student, he worked part-time for the University’s news bureau—a precursor to the current media relations department—in 1942 and 1943, and much of what he wrote reflected “the basic elements of a society,” he said, like law, engineering, natural history, arts and sciences, commerce, drama and music. Anthropology, the study of humankind, gave him the opportunity to examine other people and their societies. “I use the identity as a hunting license to poke around in other people’s subject matter,” he said. “Perhaps we are like medical internists, specializing in the interplay of the whole body and the parts.”

But Dillon said he does not confine himself strictly within the box of “anthropologist.” He has worked in applied anthropology and has some knowledge of “bones and buried secrets.” “I found great rewards in wearing other tags depending on the context,” he said, like “‘educator,’ ‘foundation executive,’ or even the pompous ‘public intellectual.’”

He is also an author, and said his time in the South at UA is when he learned his “Southern style” of storytelling. Besides Smithsonian Stories, Dillon has authored another book, Gifts and Nations: The Obligation to Give, Receive and Repay, and edited another, The Statue of Liberty Revisited. Together, the three books will form a trilogy influenced by French anthropologist Marcel Mauss.

One of his most cherished positions, he said, was “adjunct professor”—in 1973, he returned to the UA campus to work briefly in the anthropology department, where he taught a mini-mester tutorial course titled Human Universals and Particulars. “Below the nomenclature, stripped of academic labels, I have always been driven by questioning what it means to be human,” Dillon said.

Throughout his life there have been events and experiences that loom larger, like blinking signs on a road that has taken decades to travel. Some happened at college, in the news bureau or with friends. Some happened long before that.

His first experience with death had a profound impact on young Dillon. In 1927, his grandfather, William Thomas Holland, died, and though he does not recall a word or hug exchanged between them, he remembers the casket in the church, and the 1920s flapper style of the ladies’ skirts. “At my eye level, I noticed variations in their lengths,” he said. And he remembers the cemetery scene. “Thus I began to realize that dying was a part of living.”

Some happened on a national scale. He left UA in 1943 to join the war effort. In 1945, he said, when stationed in the Philippines, the Army lost his records for several months. “Without duties, I persuaded my commanding officer to give me leave from my squadron,” Dillon said. He traveled around Manila, working as a self-proclaimed “foreign correspondent for the Alabama Alumni Magazine (then called the Alabama Alumni News),” Dillon said.

His first interview was with Brig. Gen. Charles Barnwell, son of Alabama alumnus and former College of Arts and Sciences dean Charles H. Barnwell. He borrowed a typewriter to do the work. While on the ship to Manila—the “unsanitary, creaky” Leonard Wood—the crew made an intermediate stop at Pearl Harbor, allowing Dillon to see the destruction by the Japanese from four years earlier. Also while aboard the vessel, Dillon edited its mimeographed daily newspaper, conducted interviews with crewmen and used the ship library books to write stories about the Philippines.

When Brig. Gen. Barnwell learned Dillon was to be shipped next to Japan, he helped him get hired there as a civilian, and Dillon said it was his first experiences in that country that solidified his idea of working in anthropology permanently. He was placed on Gen. Douglas MacArthur’s staff as an information specialist. “Ruth Benedict’s book, The Chrysanthemum and the Sword, provided an anthropological framework for my work,” said Dillon, whose studies have often focused on ideas of national character. “Imagine that my duties included trying to make 90 million Japanese feel guilty for the war. Such a daunting task seemed more manageable by entertaining Benedict’s theory that the Japanese understand shame, not guilt.”

His father died in 1946 at age 48, leaving Dillon, as the eldest of six sons, the head of his family. He brought his mother and four of his younger brothers to live with him in Japan. While there, he also met a number of visiting anthropologists, including American Clyde Kluckhohn, also a social theorist, who “studied both the Navajo Indians and the Russians,” Dillon said. “He made me realize I had the advantages of a childhood spent among various Native American tribes in Oklahoma, many of them forced there from the Deep South by Andrew Jackson.”

Dillon returned stateside following his stint in Japan and earned his degrees at Berkeley and Columbia, and in 1952, met a Virginia-born dancer who shared a name with her home state—he was finishing postgraduate work in Paris at the Musee de l’Homme, courtesy of the GI Bill, and she was beginning her first tour of Europe. Dillon and Virginia Leigh Harris reconnected in New York in 1954 when he was working as the staff anthropologist for the Japan Society of New York, and they married in 1956.

In the early 1960s, Dillon worked as the executive director of the Phelps-Stokes Fund, which is dedicated to the education of blacks in the United States and Africa, as well as the education of Native Americans. The job required a move to Ghana, in West Africa, and while preparing to leave, they learned they would be expecting a third party.

“Virginia’s travel wardrobe had to be supplemented with maternity gowns to await use toward the end of a two-month trek to Ghana via Europe and the Middle East,” Dillon said. Their son, Harris, was born in 1964. “An African chief offered a ceremony for us,” Dillon said, where the child was nicknamed “Kojo,” the African name applied to males born on a Monday. “When our ‘Kojo’ met Alex Haley in Washington, D.C.,” Dillon said, “the author of Roots told him, ‘I had to go to a lot of trouble tracing my roots [back to Africa]. You had a much easier time.’”

Nineteen sixty-nine, the year of the moon landing, Elvis’ comeback and the Beatles’ last live performance, saw Dillon take on the position of director of seminars at the Smithsonian, succeeding Matthew Huxley, son of author Aldous Huxley. He directed the institution’s international, interdisciplinary symposia series for more than 20 years.

He planned the symposia for the 500th anniversary of Copernicus’ birth, the 100th anniversary of Albert Einstein’s birth and the bicentennial of the U.S. Constitution. A commemoration he launched for the 250th anniversary of Thomas Jefferson’s birth was also celebrated in Tokyo, London, Paris and Buenos Aires, as well as Tahlequah and Muskogee, Okla. Filmmaker Ken Burns, cultural anthropologist (and Dillon’s mentor) Margaret Mead and Star Trek creator Gene Roddenberry were all visitors during his era. The Dalai Lama blessed a symposium in Stockholm, and on one occasion, Dillon gave a tour of the Smithsonian to Elizabeth Taylor.

“During Wilton Dillon’s long and distinguished career at the Smithsonian, he served as the grand conductor of a vast intellectual salon,” said Dr. Richard Kurin, undersecretary for history, art and culture at the institution. “The nation’s and world’s leading scholars and scientists, civic leaders and professionals participated in symposia, conferences and discussions, tackling the important issues of the day and turning out books and ideas that would influence generations. As a colleague and fellow cultural anthropologist, I was always amazed, and I can’t help but think that Margaret Mead, Wilton’s teacher, would be very proud of what he’s accomplished.”

Dillon still travels, though mostly through his memories. He does not have to reach far to conjure them back up, the births and deaths, trains and typewriters, celebrations and lectures and skirt lengths. He even occasionally ponders the extra-terrestrial. “I even wonder what gift exchange might develop between us Earthlings and the mythical Martians,” he said. If what they need is a well-worn map—of this planet, anyway—with a long life of experience jotted in the margins, then Dillon will have much to offer.